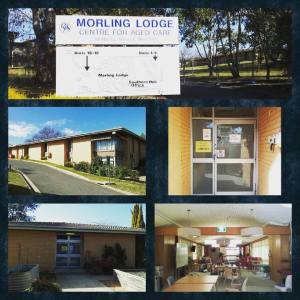 Morling Lodge Aged Care now decommissioned (last week) is located at Red Hill in the Australia Capital Territory (ACT) which is managed by BaptistCare (NSW & ACT) formerly known as Baptist Community Services NSW & ACT). I felt somewhat compelled to write some of my views about Morling Lodge due to hearing it is now decommissioned.

It was here that I first ventured into nursing in April 2002 working my first shift in Chaffer Wing that catered for high care residents. I remember applying for the position of Assistant in Nursing (AIN) at Morling Lodge which stipulated that applicants must have experience in order to apply. At the time I had no experience at all in nursing as my previous occupations were not in anyway slightly related to nursing. In fact my previous occupation was maintenance manager of a hotel-motel which had a limited future. After applying for a number of positions when I was working in maintenance and not getting anywhere I thought out of curiosity why not try nursing even though I had no experience. The worst thing that could happen is they send back a reply to say I’m not suited which wouldn’t matter as most other employment applications I tried were coming back negative anyway.

I think a good four weeks had passed and I just came to the conclusion that my nursing application to Morling Lodge was also going to be a negative outcome. I was at the point of dismissing the idea of being a nurse till I received a voice mail wanting to know if I would be interested in having an interview at Morling Lodge and if so to contact them. The next day I phoned back and a week later had the interview and started working a week after that.

I remember my first shifts in aged care nursing at Morling Lodge (Chaffer Wing) which were quite educational as I had never really seen aged residents in their late 80s and 90s requiring full on care before. It became apparent to me that quite a lot of aged people in nursing homes become the forgotten members of society as some hardly had many family visits except at Easter, Christmas or their birthdays. The care staff for most residents to some degree become their second family as there is that connection as staff and residents develop therapeutic relationships. Most of the AINs I worked with in Chaffer Wing had great skills in manoeuvring lifters when transferring residents as the rooms were quite small and were built when lifting was all done manually by care staff. All the showering and toileting was done in various bathrooms external to the residents room which meant you had to transfer them to the bathrooms which some residents didn’t enjoy as the corridor and bathroom air temperature was different to their bedroom especially on the cold Canberra mornings. I also did some nursing shifts in McMaster Wing (low-care) and the Dementia Unit at Morling Lodge but most of my work was in Chaffer Wing.

As time progressed I commenced a trainee-ship which would provide me with more skills and knowledge by gaining the Certificate III in Aged Care at the end of 2003. This inspired me to learn more and I eventually ended up at University completing the Bachelor of Nursing.  I think it’s safe to say now I have gained my nursing experience 🙂

Note… the new aged care facility that replaced Morling Lodge is now in the Canberra suburb of Griffith in the ACT located in Stuart Street which looks quite modern and no doubt a place of comfort for the residents. 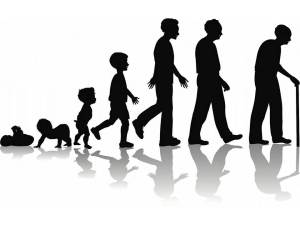 Health editor at the Sydney Morning Herald (SMH) Amy Corderoy featured an article called “Plan to remove nurses from nursing homes” on May 21 2015 (Corderoy, 2015). The term nurses in the headline relates to Registered Nurses (RNs) as can be seen when reading the whole article (Corderoy, 2015).

According to Brett Holmes the NSW Nurses and Midwives Association general secretary said;

Extract… “the problem had emerged after federal changes to the way nursing homes are funded last year essentially abolished the distinction between “high care” and “low care” homes, and instead directed funding towards individuals. This meant that NSW legislation that mandated all high-care facilities had registered nurses essentially became invalid” (Corderoy, 2015).

This issue has raised concerns from many health professionals including RNs who worked in aged care as can be seen in the featured article by Amy Corderoy. If I were participating on an imaginary television show and had to argue the affirmative or the negative on the question “are Registered Nurses a vital necessity in aged care homes?” I would have to argue for the affirmative. Some who are not involved with health may think that I have taken that stance based on the fact that I am Registered Nurse (RN) and are out to protect nursing positions. Nothing could be further from the truth as there is much more to nursing in aged care than most people would realise.

Having worked in aged care as an Assistant in Nurse (AIN) since 2002 prior to graduating as an RN I have seen many instances of how important the RNs are in their role in aged care facilities. Having nursed high care residents for a two year period and then moving to nursing dementia residents for another two years provides one with a real insight into what aged care nursing consists of. Some of the high care residents I nursed were fully dependent on having all their daily activities done for them. This relates to toileting, showering, dressing, feeding them, transferring them with lifters due to their impaired mobility and the list goes on. When residents at this stage of their life become ill it really requires trained interventions to manage their condition which the RNs are qualified to provide. The topic of gerontology is quite in depth and not something that can be learned over night or in a few months as it requires years of research and practice to provide holistic person centred care (Eliopoulos, 1997). Touhy & Jett, (2010) state from their research that a gerontological nurse may be a generalist or specialist type of nurse which in Australia would relate to general Registered Nurses or Nurse Practitioners who have undergone specific training in their chosen field of nursing. Gosney, Harper, Conroy, (2012) support the concept that aged care people with complex health issues require a special set of skills and attitudes by health professionals to ensure optimal medical care is provided.

Some of the physical challenges aged people have to contend with can relate to their skin integrity, sensory awareness, musculoskeletal issues, cardiovascular problems, respiratory issues, gastrointestinal problems, genitourinary and endocrine issues which almost relates to all the human body systems (Levett-Jones, & Bellchambers, 2011). Of course not all residents’ health remains intact all the time as over time they age and their bodies will decline and start to shut down which then brings us onto the topic of palliative care that aged care facilities cater for. Palliative care is ongoing and requires a thorough understanding of interventions and management for the resident and family members that Registered Nurses are clinically trained to implement (Palliative Care Nurses Australia, 2015). I certainly know that when I was an AIN I would have been out of my comfort zone trying to care for someone requiring palliative care without supervision from the RNs on duty.

As we know from research a lot of elderly people take medications which according to the Australian Bureau of Statistics (ABS) in 2010 relates to 13.5 per cent of the Australian population (Broyles, Reiss, Evans, McKenzie, Pleunik, Page, 2013). When you have a resident taking over eight medications daily this is referred to polypharmacy which is quite evident in nursing homes from my personal experience as an AIN working in aged care (Broyles, et al., 2013). The topic of pharmacology is quite extensive and even now as a new graduate Registered Nurse I am still learning about medications every day which applies to most nurses at all levels of experience.

The Australian Bureau of Statistics (ABS) in 2014 released a report called “3101.0 – Australian Demographic Statistics, Jun 2014” which verifies that the elderly population over 65 years of age in Australia has increased from 11. 8 per cent to 14.7 percent over the last 20 years between 1994 to 2014 (ABS, 2014). The ABS, 2014 also states; “the number of persons aged 85 years and over increased by 153%, compared with a total population growth of 32% over the same period”. What this indicates is aged care homes will have to cater for this increase of elderly people in Australia known as the baby boomer period which RNs will be more sort after with the ongoing medical interventions required. A qualitative study by Chuang, Abbey, Yueh-Chen Yeh, Tseng, Liu, (2013) found that most residents felt secure knowing their care was provided by skilled health care professionals which Registered Nurses would be in that mix and felt comforted in having the correct information being relayed to them about their condition.

In conclusion I have looked at a range of reputable resources to ensure that my research is valid and not based on unsound judgement or views. The future population trends in aged care in Australia have been mentioned indicating that there will be an increase of aged people entering nursing homes as people are living longer due to modern medicine. The clinical issues affecting elderly people have also been addressed as when people age their health status will decline requiring ongoing best practice outcomes which Registered Nurses are trained to provide. Pharmacology was also factored in as elderly people require a combination of medications as they age which will need proper supervision and management by trained Registered Nurses. I feel there is merit from my research to support my argument in the affirmative that Registered Nurses are a vital necessity in aged care homes.