In just under a months’ time Australia will transition from winter into spring which means the weather will start to warm up again. I must admit I haven’t minded winter thus far as I enjoyed taking some photos of the snow on the mountains around the Cotter, and at Corin Forrest riding on my Kymco Motor Scooter. Riding the motor scooter through Corin Forest while it was snowing took a lot of extra concentration due to the snowflakes building up on my helmet visor which started to ice up once I wiped it off. Then when you opened up your visor to see clearly you then copped a face full of snow which got into my eyelashes as well. Driving a car is so much easier in extreme weather elements in my opinion. Hopefully next year I will be able to drive my Chrysler Valiant around the Cotter and to Corin Forest enjoying the warm heater and sipping on a hot takeaway cuppachino from Corin Forest. The website for Corin Forest is at: http://corin.com.au/ which is a nice scenic drive from Canberra all the through to Corin Dam.

In regards to working on my Valiant during the winter months I haven’t done that much due to the cold weather. I have on a weekly basis kicked over the engine and given the car a clean over just to remove dust and dirt build up. I don’t think the Valiant likes the real cold weather as it does take a lot more cranking power from the battery to eventually get the motor to start. One item that helps a lot is having a solo powered 12 volt dc battery charger connected through the cigarette lighter socket. I have the solo panel sitting on my dashboard catching the sun which then maintains a fully charged battery which was worth the $30 (dollars) I paid for it. I had intended to save up for a mig welder to do some minor welding on the Valiant which hasn’t happened as yet due to other expenses creeping in to my budget. I might be able to get myself a unregistered vehicle permit and drive my Valiant to a friend’s place and use their welder which they brought off my initially J Anyway I will see what happens over the coming weeks as I might be able to get my own mig welder which would be better for my situation. Apart from some minor welding and replacing to rear tyres the Valiant should be fairly roadworthy again as I have done quite a few mechanical repairs late last year and earlier this year.

On the political scene I have helped out with ACT Labor where I can as a volunteer at various events around Canberra. I have just passed my first 12 months membership with ACT Labor as I joined up in June 2014. In recent weeks I have attended some of the rally’s in Canberra to make a stand against the Medicare co-payment scheme Tony Abbott is trying to get passed in the senate. I respect everyone in Australia has their own views and political parties they follow but for me it’s Labor. Most of my life I did vote Liberal which was more out of family tradition then personal conviction. I think all political parties have their good and bad points but on the whole I just felt Labor delivered a fairer outcome for my situation. Just in the last week I attended the Save the Medicare Rally in front of Old Parliament House which drew quite a number of people given the weather is getting slightly warmer. I feel like so many other Australians that the $7 (dollar) co-payment will hit the elderly and vulnerable people with complex health issues. I hope that Medicare will be saved from the co-payment Liberal policy to ensure our elderly and vulnerable members of Australia are protected from this increase.

In terms of Nursing I haven’t been able to do any work due to my present health condition as I am on the waiting list to have a large right side inguinal hernia repaired. Earlier this year I was told to expect the surgery to be in late August to early September but with recent updates I have been told it will probably be in December or early next year now. On top of that in the last month I had to have another cardioversion session to reset my heart back to sinus rhythm as it was in AF again. I have to see my cardiologist later this month for a follow up to see how things are progressing. That being said I have attended some of the Australian Nursing & Midwifery Federation (ANMF) campaigns around Canberra to support nurses as much as I can. 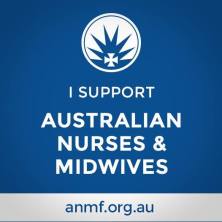 In fact you can read the about the Healthcare Emergency campaign associated with Saving Medicare in the current edition of the Australian Nursing & Midwifery Journal (vol 22, No. 2, pp 4.5) or view the Facebook site.  https://www.facebook.com/AustralianNursingandMidwiferyFederation?fref=ts

At the moment I am taking one day at a time till I get over my health issues as I can’t plan too far in advance till that happens.

Finally I attended the Australian War Memorial WW1 100 year ceremony last Monday August 4th to watch the Last Post which was a special ceremony signifying the start of World War One. I took a range of photos which I have posted on my photo.net website which you can browse through if you wish. http://photo.net/photodb/folder?folder_id=1072132 .
Starting this Sunday at 8.30pm on the Australian Broadcasting Corporation (ABC) ABCTV1 will be the ANZAC Girls which is “honouring the Centenary of the commencement of WW1. ANZAC Girls is a moving new six-part series based on the unique, and rarely told true stories of Australian and New Zealand nurses serving at Gallipoli and the Western Front”.
http://www.abc.net.au/tv/programs/anzac-girls/

Till next time keep safe,